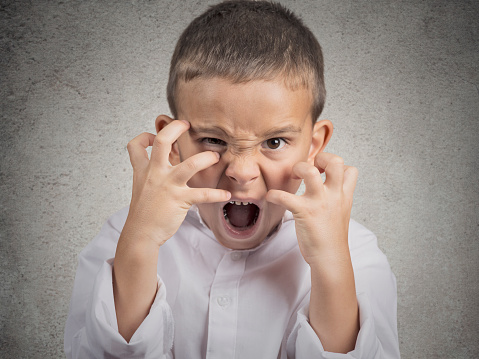 Every parent must have experienced a phase where the child likes to hit his friend, scramble for toys or even see his less patient child then push his friend.

Mother will definitely be sad and feel guilty if this continues to happen to her child. But no need to worry, according to an Early Childhood Practitioner, this is a phase that will be passed by children to be able to understand self-control or the ability to resist.

Usually this happens when the child is feeling upset, tired, cornered, or even being overexcited. Children still need to be helped to think first before reacting to any situation they face.

To help deal with aggressive children, here are 8 tips  that can be done by parents.

If the child looks angry, help him to discuss how he feels, Usually children tend to behave aggressively because they have not been able to express what they feel through the oral. If the child is able to express his feelings orally, then he will be more able to control his behavior.

is usually a child’s weapon to get what he wants. For that as parents we must pay more attention to the ‘victim’, new to the ‘perpetrator’. This confirms to the child that by doing aggressive things it will not immediately get attention or things that he wants.

Invite children to repeat what happened. For example, yesterday Koko took her friend’s toy with how to snatch and return it by throwing. So, today invite Koko to repeat how they should ask for and return toys in a good way.

As we already know, one of the reasons why children behave aggressively is because they want to get attention. Therefore, before this aggressive behavior occurs, parents are expected to be able to receive signals sent by children.

For example, before the child pushes a friend in front of him, he feels upset because of his empty stomach and hungry because he is tired of long standing. Parents can distract him by asking him to talk.

When the child is able to behave well or has changed his aggressive behavior for the better, then do not hesitate to praise the child. Tell him that it will make his friends around him happy.

7. Check the Condition of the Child

Making daily routine activities will minimize aggressive behavior. Because before a child shows his aggressive behavior, parents already know, “oh maybe it’s time for him to go to sleep. Maybe sleepy.” That way it can be immediately anticipated.

Tell your child what alternative ways he might be able to do if he’s facing something he doesn’t want or like. An example might be when there is a friend who does not want to lend him a toy, the alternative way is to play with another toy.